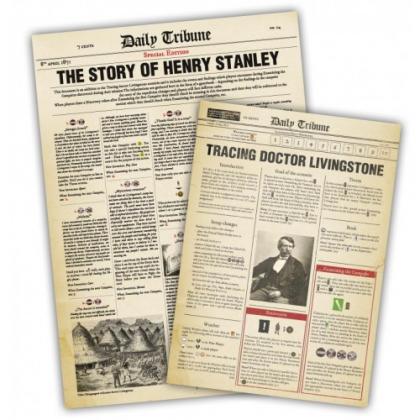 It's 1871. A few years back the famous scientist, David Livingstone, and the members of his expedition, got lost in the heart of Africa. After six years, people in the civilized world receive a letter from the scientist. He's broken, seriously ill and he says goodbye to the world.

A rescue mission is organized immediately. The scienist has to be found and rescued. It's your assignment!