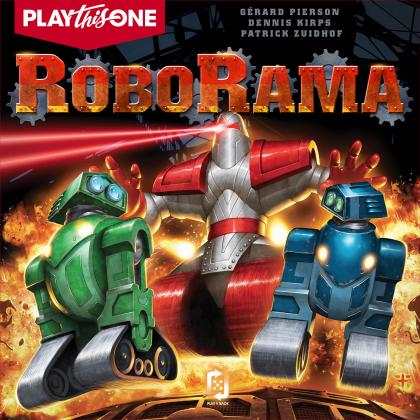 In RoboRama the goal is simple: Race against the other players by constantly picking the right combination of action cards and routes for your robots in order to cross the arena. Or — if that isn't thrilling enough — add the ChaosBot, which can be controlled by everyone. Finish first with your four robots on the opposite side of the arena and you win! Of course this is easier said than done. After all, you are not the only one trying to win, making it pretty crowded in the arena.

RoboRama offers three different types of play with multiple variations; the game is easy to learn, but all the more difficult to win.