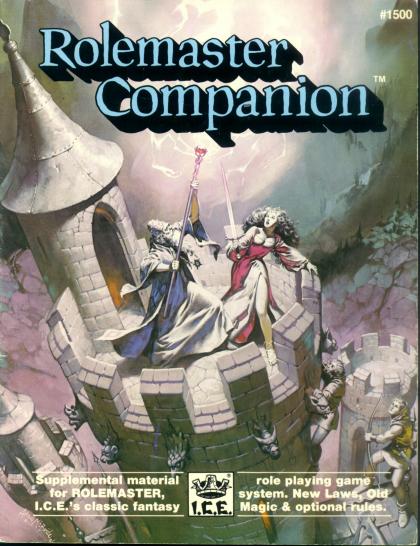 Rolemaster Companion was the first of several books put out by Iron Crown Enterprise to supplement the core roles of their fantasy role-playing system Rolemaster.

The new character clases include the paladin, the burglar, the barbarian, the high warrior monk, the archmage, the nightblade, and the delver.