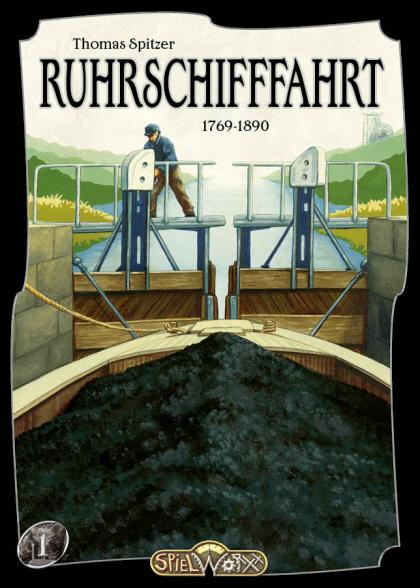 Until the second half of the 18th century, most people thought that larger barges could not navigate the Ruhr River. However, the convenient route meant that attempts were conducted to transport the coveted coal resource along the river at the beginning of the industrial revolution. The first coal barges reached Kettwig in spring 1770. A little while later, barges reached the Rhine mouth at Ruhrort. The empty barges were drawn upstream by horses afterwards.

However, the Ruhr was not generally navigable in this time. Large dams at mills and low dams for fishing were common. At these spots the coal had to be transferred from one barge to the next. This decreased the quality of the coal considerably – sometimes only "coal dust" reached Ruhrort. Only the building of 14 locks between Witten and Ruhrort changed this.

The Ruhr remained an important route for coal until the end of the 19th century. At that time the railway superseded it.

In Ruhrschifffahrt 1769-1890, 2-4 players transport and sell coal along the Ruhr river in Germany as profitably as possible. Progress markers are helping them. The position of each player's Ruhr barge is most important; the player furthest upriver is allowed to conduct his action first in each phase of a game turn.