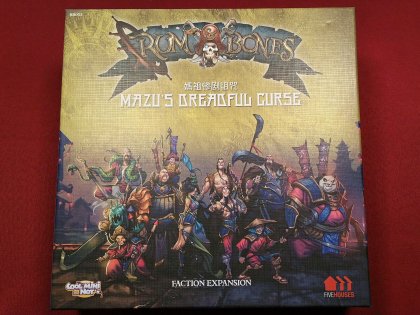 The first expansion faction for Rum and Bones is ''Mazu's Dreadful Curse'', a pirate band hailing from the Far East. They test any pirates who would sail in the goddess Mazu's sacred seas and prey upon her people. Mazu's Dreadful Curse brings lightning speed and Hit-and-Run tactics to the field! These deadly pirates get in, destroy what they need to destroy, then escape before the enemy even knows what hit them!&#10;&#10;