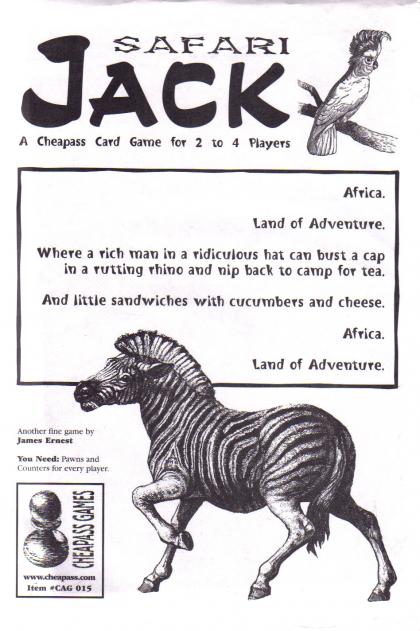 Safari Jack contains 60 cards and a rulebook. Players build the safari landscape, explore the safari and, well, kill endangered species. Kill the most by game end to win the game!

Safari Jack was re-released in 2003 as part of the Hip Pocket Games series. This version features color cards, but supports only two players. The rulebook mentions that a second copy may be added to support up to four players.