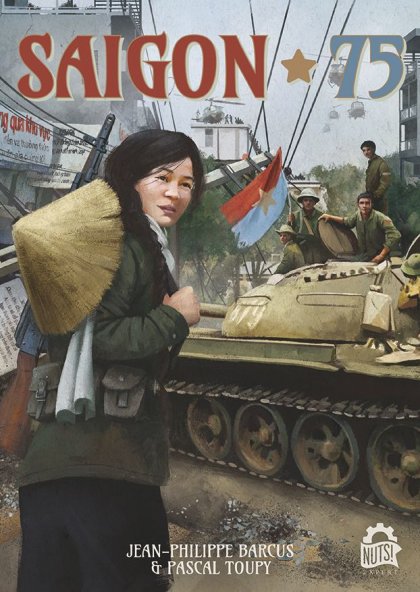 Gameplay overview&#10;&quot;Saigon 75&quot; is a simple and swift strategic wargame, simulating the fratricidal struggle between North and South Vietnam from summer 1973 to spring 1975. Everything is contained within a few pages of rules and 1 hour of strategy, with pressure at every moment! The game portrays the differences between North Vietnamese divisions and the Rangers/Marines/Parachutists and other units of the South Vietnamese. Air power and desertion are also featured, with the whole thing being completed by event cards that give the game great replayability. An ingenious mix that provides a game on tenterhooks right up to the last turn! If, at the end of any turn, the North player controls Saigon province the game ends with a North victory. The South player wins by successfully defending Saigon until the end of Turn 8.&#10;&#10;Solo Rules&#10;In the solo mode, you play the South, while the North is controlled by a deck of cards (AI). There is not a lot of difference between the solo and two-player modes in terms of the rules and the winning condition. During each turn, there are phases (movement, attack, etc.) where the AI draws one card and does a specific action.&#10;&#10;