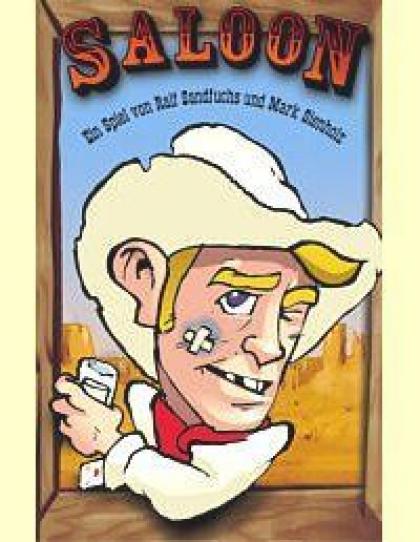 Premiering at Essen 2001, a card game of brawling in a Saloon of the Old West. The attacker plays his cards and the defender responds. The first noninvolved player to get a card to the table can throw in a punch as well. If any of the attack gets through, the defender takes some knock out points. But if he's not yet in Dreamland, now he gets the turn to strike back, or does he find a new target? Plenty of warping effects on these easy-to-explain rules and interesting flavor are added by cards such as the roundhouse, whiskey bottle, flying through the window, beer barrel, piano player, Oopsadaisy and the dreaded bartender (he comes with a club). Players gradually get knocked out until there is only one brawler left standing, the winner.