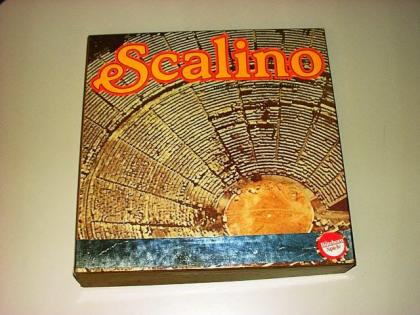 Each player has 12 blocks of one colour (in a 4-player game) or 24 blocks, 12 each of two colours (in a 2 player game) with which to build a 3D pyramid. Players must play their blocks such that no two blocks of the same colour touch. Once the pyramid is complete, or if no player can play a legal block, the game is scored.

Only the blocks which are visible from above score. Players score for each group of blocks which appear to be adjacent from above (although of course they can't actually be adjacent, since you're not allowed to have touching blocks of the same colour, they must be at different levels). The larger the group, the more it scores

This game is part of the Abacus wood box series.