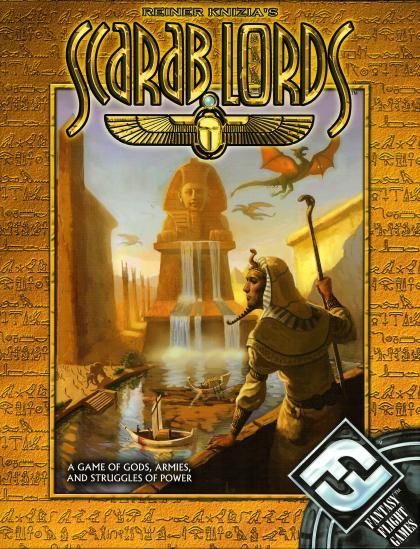 "The Age of the Locust is at hand. Foreboding shadows arise form the desert of endless storms. Dark magics stir in the silent streets, and words of ancient prophecy have come true; the Scarab Lords have come forth to wage war in the Heavens and on the Earth."

Set in a gorgeous fantasy Egypt, this clever card game depicts the battle of dominance between two mythical Scarab Lords. To win, power must be gained in the areas of religion, military, and economics. Powerful sorcerers, mythical beasts, epic monuments, and grand armies all play key roles in the Scarab Lords card game.