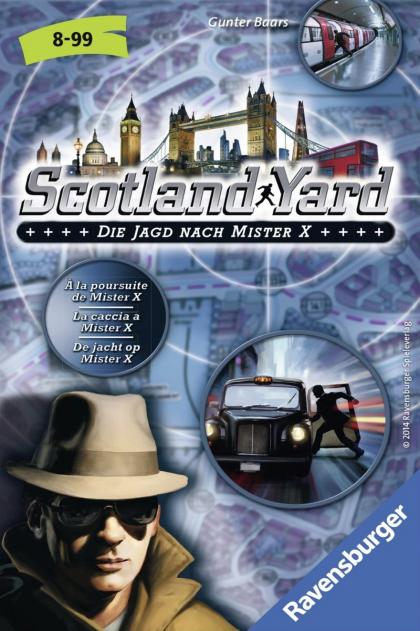 Scotland Yard: Die Jagd nach Mister X is a smaller and faster travel version of Scotland Yard. As in the original game, one player takes on the role of Mister X, and his job is to move from point to point around the map of London by using taxis, buses and subways. The remaining players act together as detectives and move around similarly in an effort to move onto the same space as Mister X and catch him.

In contrast to the original game, Mister X's position is almost always known, making this version of the game an open chase around London. Once during the game, Mister X can spend his black ticket to either take the boat to a different section of London or move in secret to try to elude the detectives. As the detectives move, they give their travel tickets to Mister X, and those tickets are worth victory points (VPs) to that player. Each player takes a turn as Mister X, and whoever collects the most VPs wins.