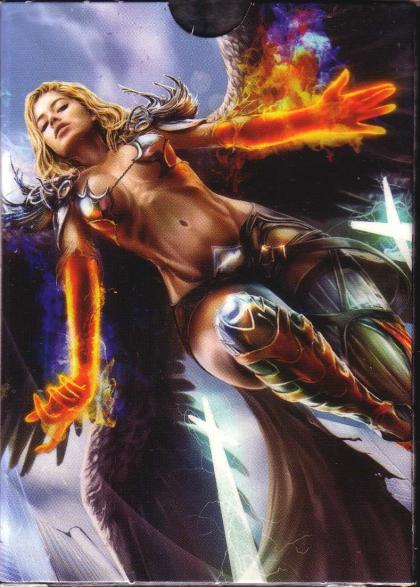 Shadow Era is the physical world edition of the electronic multi-platform collectible card game by the same name. The initial (physical) release was crowd funded and contains the first set of 200 cards.

In this fantasy world of the Shadow creatures have fallen over the realm of mankind. The player assumes the role of a powerful character on either side and fights his enemies using a customized deck of cards.

Each deck contains a hero card with a different special ability and number of hit points. A player loses the game when his character's life drops to zero. Each turn players may sacrifice a card from their hand to build their resources and then use those resources to play cards or execute abilities. Cards can be allies with which to attack the opposing side, abilities such as spells and items including weapons and armor.