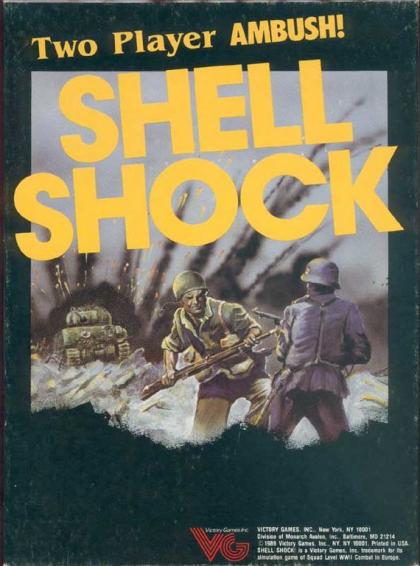 Shell Shock! is a two-player game of combat, adventure and heroism in World War II Europe; adapted from the award-winning and incredibly popular Ambush! solitaire game. In each of six missions, one player commands a squad of German infantry while another commands American, British, or Soviet troops. The players determine the composition of their squads - men, weapons, and equipment - and purchase Light and Heavy supports to assist them in the mission - from foxholes and barbed wire to artillery support. Every playing is different as the intensity of the battle, mission objectives, forces and weather change.