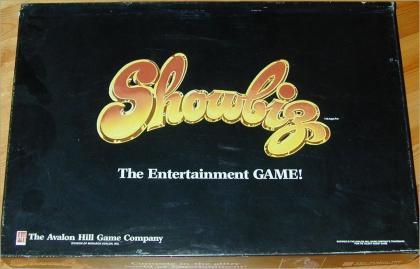 In the game, players take on the roles of theatre managers and must hire performers that will bring in the most money from the public. There are six different styles of performers, and at different times in the game, public opinion will favour different styles. Public preference is determined by dealing out cards from a special deck. The current opinion is always known, and a possible (but not necessarily accurate) forecast of future preferences is also provided.

Each turn, public opinion changes (sometimes to match the forecast, and sometimes into something completely random), then players use a bidding system to acquire contracts with performers. Once contracts have been negotiated, profit is calculated depending on how well performers match the public's desires.

By the time twelve turns have been played (and possibly one or two turns sooner), the game will come to an end and the player with the highest score is declared the winner.

The game was originally published by the designer in 1985. Hexagames published a German edition (which is the only one that handles up to 8 players) in 1988. Avalon Hill published their edition (with very minor changes) in 1990.