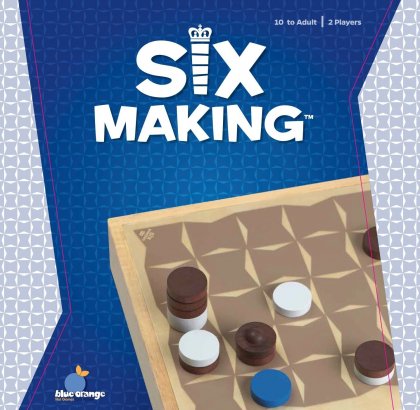 Six Making, a.k.a. Sixth, is a two-player abstract strategy game in which players challenge each other in building chess figures. In this game, checkmating the opponent doesn't make you a winner; instead the goal is to build a king.&#10;&#10;In more detail, players alternate in either placing one of their own pieces on the board as a chess pawn or moving any of the pieces on the board. Taking pieces results in building higher stacks, which move like different chess pieces. Even parts of stacks can be moved as their corresponding chess piece. The first player to create a stack of six or more pieces &mdash; with their own color on top &mdash; wins the game.&#10;&#10;