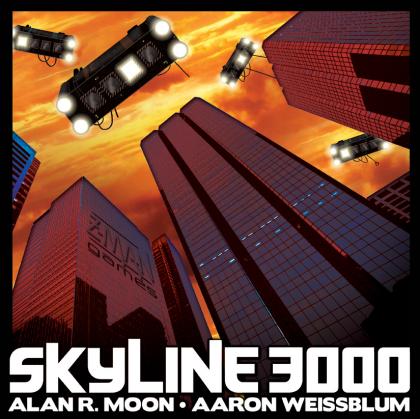 Players represent corporations competing to assemble city buildings in their orbiting plants and install them onto specially-prepared platforms in the city districts. Each player wants to construct the most living space in the blocks that feature the most desirable improvements (Greenspaces, Spaceports, and Megamalls). Players can also erect Billboards at a loss, to entice customers and to reserve space for future construction. At the end of four rounds of play, the player who has earned the most points is the most successful developer and the winner of the game!