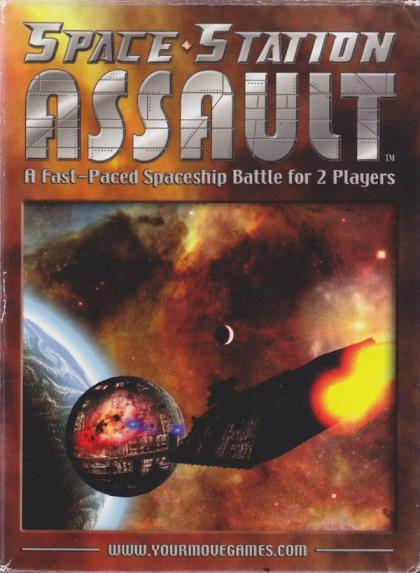 From the publisher, Your Move Games:

Both players have identical decks representing a fleet of ships and a space station with four stats: Speed, Firepower, Shields and Victory. The goal is simple – destroy sixty Victory points worth of the enemy fleet, which can mean either the enemy space station or a large number of ships. It’s quick to learn and quick to play, but has a lot of strategic depth and replay value for a game in its price range.