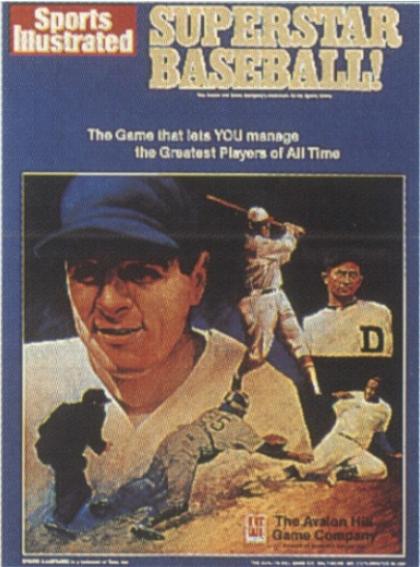 In 1971, Time Inc (owner of Sports Illustrated magazine) published their first baseball game, titled Sports Illustrated Major League Baseball. It included 20 players on each at-that-time current (1970 season) baseball team, presented on tri-fold color charts. The following two years, they released new editions to cover the most recent season. For 1972, they switched to teams of 25 players each, on double-sided color charts without folds. In 1973, The game title was changed to Pennant Race and the team roster size was reduced to 19 or 20 players per team. The team charts were replaced by individual player cards on perforated sheets, with no color coding.

Also in 1972, Time released a set of 16 All-Time All-Star Team Charts (in the same style as that year's edition), for each of the original American League and National League franchises, each with the 25 "best" players from that team's long history. In 1973, the same All-Time charts were released in a separate All-Time All-Star Baseball game. This product was popular among tabletop managers.

The All-Time All-Star game was then changed to an individual card format and retitled as Superstar Baseball. This was later transferred to Avalon Hill when they picked up the entire line of sports games from Time. This also granted Avalon Hill the right to use the words "A Sports Illustrated Game" on any Avalon Hill sports product, even if it wasn't part of the original Time, Inc line of games, which led to some confusion for titles such as Baseball Strategy, Football Strategy, and Pro Golf.

Special dice with results ranging from 10 through 39 (often called 10-39 Dice, see How to make a set of SIBB dice -- A Tutorial) were required to play this game, and sister games in the original Sports Illustrated sports simulation line.