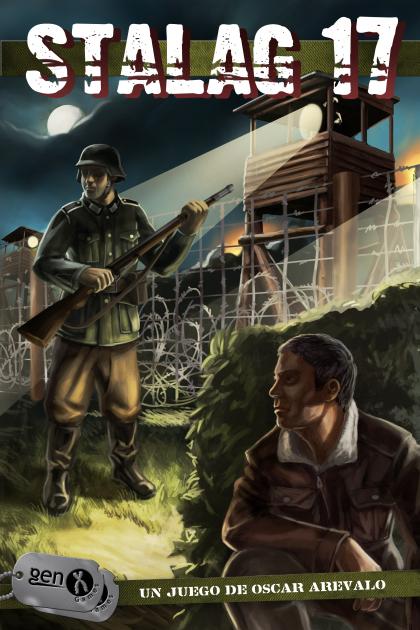 In the card game Stalag 17, each player represents one of five countries, and he tries to help his three countrymen escape a prison camp in WWII before the other players can do the same.

To escape, a prisoner needs to acquire the objects that match his escape plan, which can change from turn to turn – but he needs to be careful as to when and how he leaves as once he flies the coop, the guards become more vigilant, searching the barracks and exercising more oversight on the prisoners from that country who remain to make flight harder for them. In some cases, you'll be better off letting someone else escape ahead of you so that the guards scrutiny falls on them, which can make it easier for you to find a way out.

The first player to help his three prisoners escape wins.