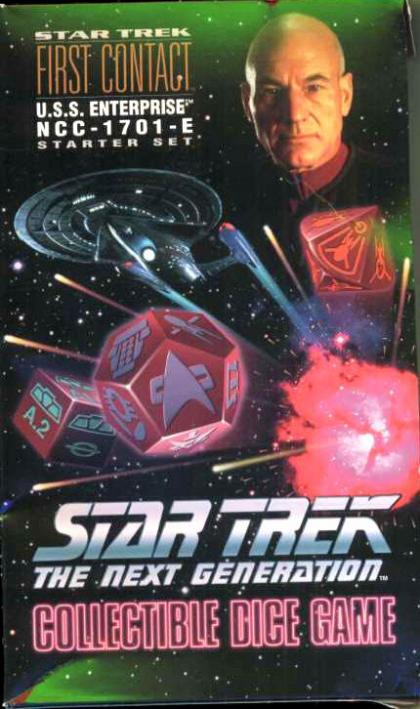 Based on the Star Trek TNG First Contact movie. Five Rings Publishing Group released the game in a Federation and Borg starter pack. Some of the expansions that were planned included a multi-player system, new dice for preexisting factions, plus new Klingon and Romulan starters which featured cloaking devices.

Each turn, you allocate power from your ship to power up or repair the systems on your ship, then move your ship or take special actions. You attack your opponent with Phasers or torpedoes and win the game by reducing their Warp Core Integrity to zero.