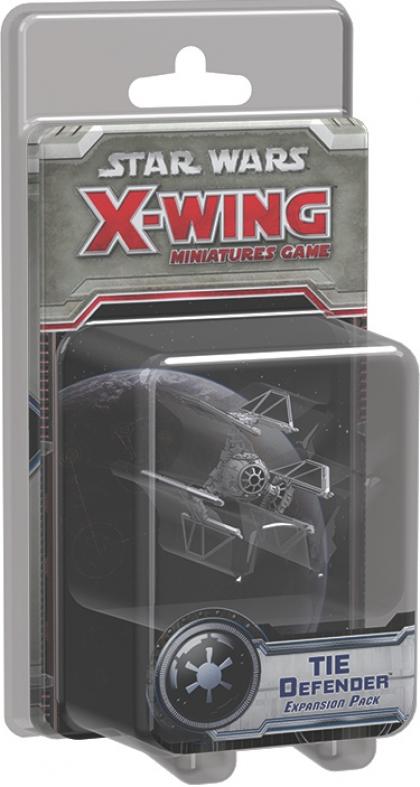 When it was first released shortly before the Battle of Endor, the TIE defender was perhaps the most technologically advanced starfighter in the galaxy. It improved upon the design of the TIE fighter by adding shields, a hyperdrive, and more powerful weaponry.

In Star Wars: X-Wing Miniatures Game, the TIE defender is a lethal starfighter that features three attack, three agility, three hull, and three shields. Imperial players can further load it up with both cannon and missile upgrades, and because only the Empire's most elite pilots were allowed to fly the TIE defender during the Galatic Civil War, both of the unique pilots among the expansion’s four ship cards come with the elite talent upgrade.

The TIE Defender Expansion Pack introduces one TIE defender miniature, four ship cards, one maneuver dial, all the tokens you need, and five upgrade cards, which include a pair of elite talents certain to make your elite TIE defender pilot a truly fearsome predator throughout the game's fast-paced dogfights.