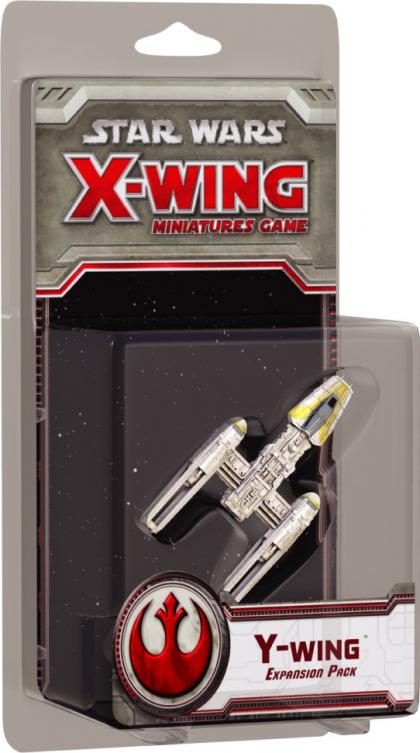 Although slower and less maneuverable than the X-Wing, the Y-Wing makes up for its shortcomings with superior armament, armor, and shielding. In addition to its other weapons, the Y-Wing makes use of an ion cannon that is capable of disabling enemy ships without destroying them. The staple of the Rebellion until the arrival of the X-Wing, this craft is still known as one of the most durable starfighters in the galaxy.

If you are looking to add a rugged fighter to your squadron, look no further than the Y-Wing Expansion Pack, which includes Rebel squadron leader Horton Salm and three additional pilots. Designated as Gray Leader during the Battle of Endor, Salm is a crack shot, and even from long distances, he can nail his target. Upgrade his ship with an ion cannon, and temporarily gain the upper hand by incapacitating enemy ships.