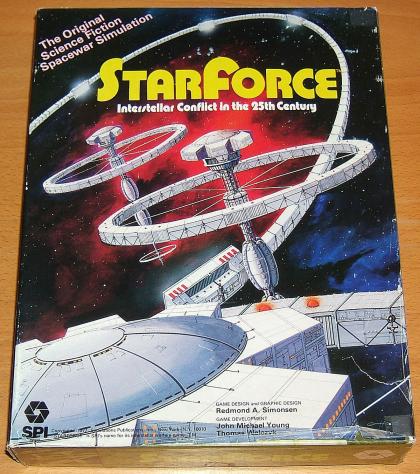 The game is a simulation of events within a conjectural future history. It is played on a map which displays 74 star sytems in a three-dimensional "sphere" of space measuring roughly 40 light years in diameter, with our home system at the center. A grid of hexagons printed over the map is used to regulate movement and position of pieces.

The pieces in the game represent groups of four interstellar spaceships (StarForces) and space stations (StarGates). Each Player maneuvers his pieces (via Stellar Shifting) to engage those of the enemy. Battles take place when units are in the same three-dimensional position. The total variable strengths of the involved units are compared. The attacking Player consults a simple probability table to determine the outcome of each battle. Movement is plotted and executed simultaneously. The game proceeds this way (for a specified number of turns) as the players try to achieve the objectives set forth in the rules. No prior knowledge is required to play the game - just a little ingenuity and common sense."

Part of the StarForce Trilogy box set, along with Outreach and StarSoldier. There are also special rules to use Starsoldier as a tactical game for StarForce.