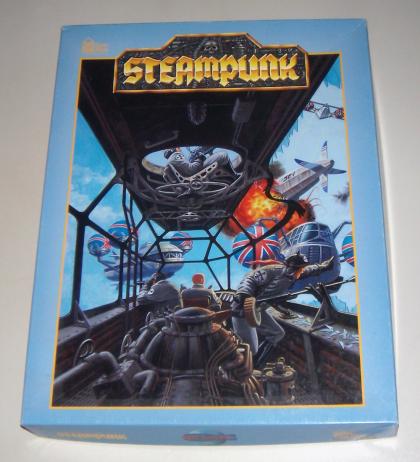 It's a wargame. The fight is between war balloons (represented by cardboard stand ups).
The setting is Steampunk.
It plays on a squared / checked map.
The game uses dice and cards.
The rules are subdivided in three blocks of increasing difficulty.
The game was sold at newsstands. The first release contained the box and the main components.
Following issues (sorry I don't remember how many there were) contained additional war balloons and rules (i.e. clouds).