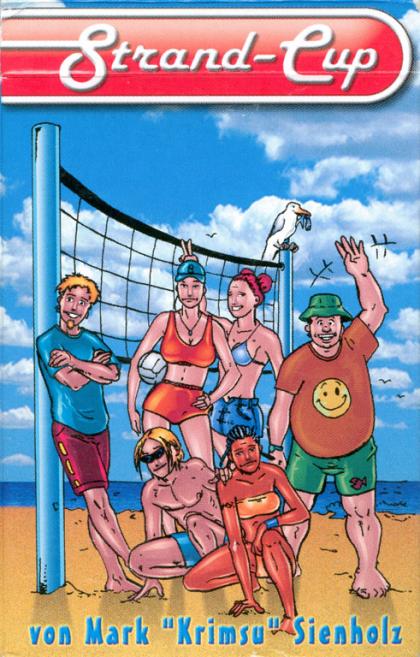 A card game about beach volleyball for four, six, or eight players, competing in two teams. Cards represent all of the normal plays in volleyball, such as forearm pass, spike, block, dive, etc. Players work in teams, playing cards to send the ball over the net. Combinations of cards can be played to make it more difficult for the opposing team to respond. The opposing team must then play cards to receive the ball and send it back over the net. Play continues until one team is unable to return the ball over the net. Players then re-fill their hand and begin a new point.

The normal rules of volleyball apply, such as only the side serving can score and a player can't hit the ball (play a card) 2 times in succession. Quick-playing with the feeling of a real volleyball match.