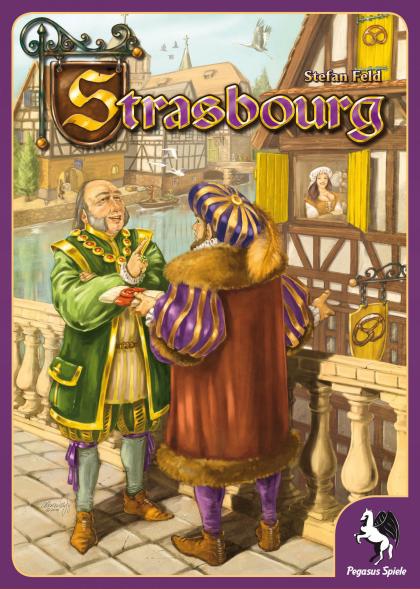 Strasbourg in the 15th century - the political skills of the city are heavily influenced by the craftsmen guilds .

In this time, players take on the lead of ascending families of the city. It is your goal to place your family members in the different guilds. Only the clever usage of influence points makes it possible to be accommodated as apprentice, assistant or even master craftsman - provided you can pay the admission fee. But don't underestimate the power of the church or the nobility.

Strasbourg is a easy to learn strategy game with inventive mechanisms, that provide the player with lots of room for decisions. But only those that also keep an eye on the plans of the other players will earn the highest fame in the end.