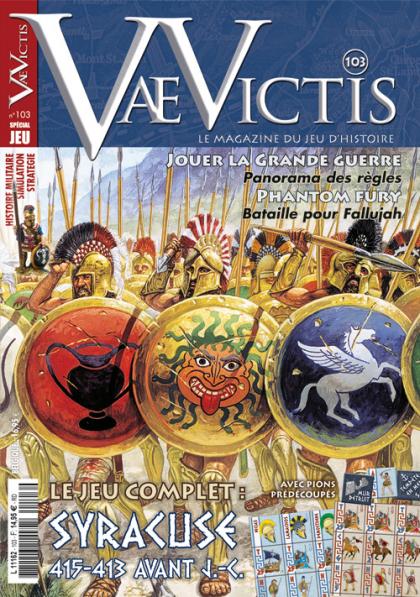 Syracuse (415/413 BC) covers the land and naval battles as well as the siege of Syracuse during the Peloponnesian War.

It is a two players game: Athens and allies vs. Syracuse and allies.
One game turn covers three months.

Players will be able to build forts and walls, to launch naval operations and to lead land battles.

Note: The rules are based on Sphacteria ones, which appeared in Vae Victis magazine issue #95. These rules include specifics on siege activities and construction of fortifications and several additional developments.