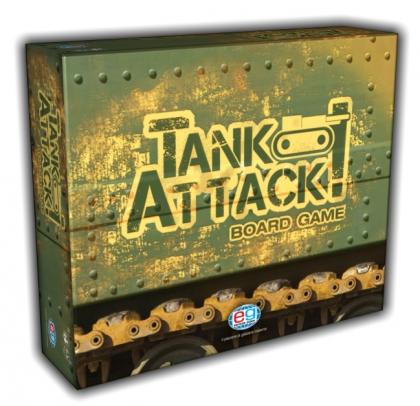 A light "Wargame" played on a board made by hexagonal tiles randomly placed on the table.

The hexagons represent different kind of terrains (plains, hill and forest) and player try to conquer them in order to attack the enemy's HeadQuarter.

Tank Attack! is a strategy and conquest game. Each player has an army made of "Carrarmatini-EG" (tiny tanks), with which he will try to conquer the General Headquarters of the other players, eliminating them. The scope of the game is indeed to be the last player left in the game. Tank Attack! is played on a battlefield made of hexagons that represent the various land types which are placed on the table, always in different manner. The battlefield will be different at each game and therefore you must learn to adapt your strategy to the different game situation, exploiting at best the characteristics of the land on which the battle will take place.