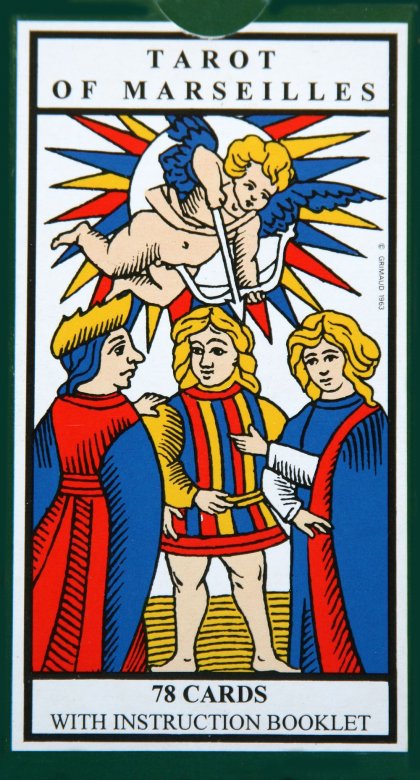 Not to be confused with divinatory tarot, the game of tarot probably comes from Italy. It is played with a 78-card deck that has 56 suited cards (similar to the 52-card Poker deck, with the addition of a Cavalier or Knight court card between the Jack and Queen in each suit), plus 21 suitless trump cards in ascending rank, and one "Fool", similar to the Joker but with differing origins. In the most popular tarot game, called French Tarot in most English-speaking countries, one of the players will be the taker and he will be playing against all the other players. The takers' goal is to make a certain amount of points in order to fulfill the contract he bid on at the beginning of the game. The goal of the other players (called the defence) is to stop him achieving his score. The defence plays as a team against the taker. After receiving their hand, the players will one by one bet on a contract if they think they can achieve the number of points required. The last player to place a bet will become the taker. A large number of European card games are played with either the full tarot deck or a subset of it, often re-faced in Germanic or other Eastern European motifs.