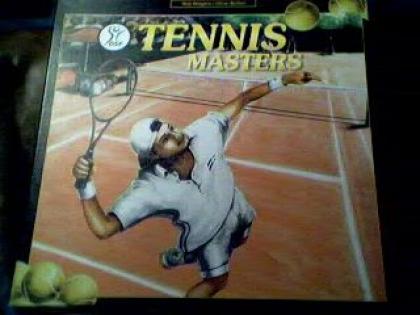 Goldsieber attempts to capture the feel of tennis in this oddball dexterity game. Each player has a still tennis player figure which is used to volley the ball back and forth across the net. Under each player, and under the translucent surface of the board is the movement paddle for that player, which dictates how far the playing figure could move for the subsequent turn. The game field is set up just like a tennis court, with the requisite lines and a net, and the players volley a soft tufted "tennis ball". One player serves the ball, and if it lands within the fair territory, the receiving player checks to see if it fell within their movement paddle space. That player then moves the center of their paddle under the ball and uses their figure to return the ball, and so on until one player scores by their opponent knocking the ball out of play, or by playing the ball in a space where their opponent cannot reach it within their movement zone. All of the ball volleying is performed by tensing back the racket of the playing figure, and then releasing it to launch the ball across the net. Scoring is handled just like regular tennis scoring.