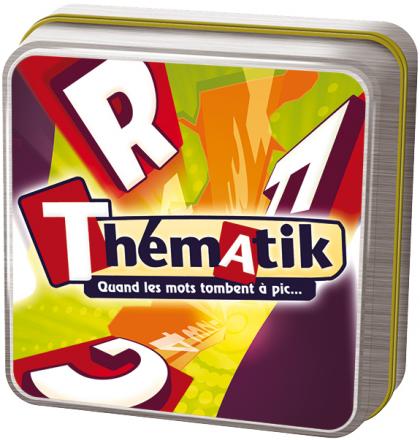 Thématik is a fast-thinking game in which at the start of each round five letter cards are placed on the table, and four score cards – valued 1-4 – are placed in a row next to each letter. One player draws a category card and reads it out loud, then everybody races to name words in the category that start with one of the five letters on the table. Each time a player names such a word, she grabs the highest-valued score card still on the table next to that letter. Once all the score cards have been claimed from one letter, the round ends and whoever has the highest score wins the round. The first player to win two rounds wins the game!