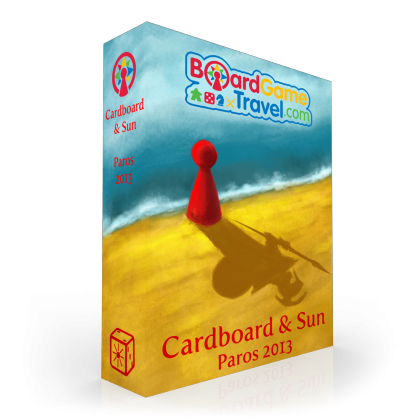 Thermopyles is a game that Touko Tahkokallio designed especially for the Cardboard & Sun 2013 event in Paros, Greece.

In this card-driven cooperative game, the players together guide the courageous but gravely outnumbered Spartan army against a superior force - the invading Persians.

The Spartans decide to meet the enemy at the Thermopyles pass and try to withstand their attack there. At their disposal are only 300 brave Spartan soldiers and a number of other Greeks supporting them. Choosing when to put their strongest units into battle is essential, as is knowing when to make a stand and when to consolidate their strength.

By playing cards that collectively surpass the strength of the Persian unit that is in front of them at any given point, they defeat it. The players win or lose together, depending on if the Persian army withdraws, or if their last stand fails.