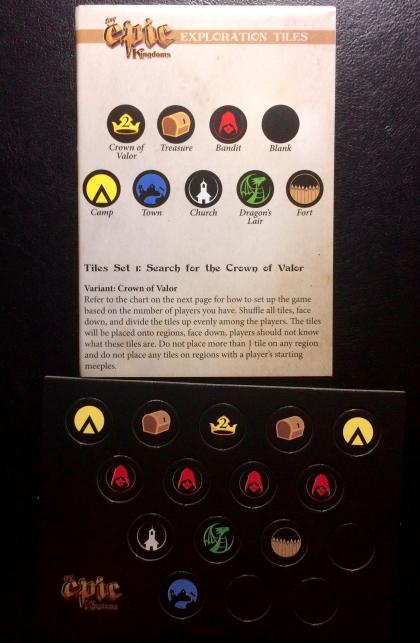 This entry is for all Kickstarter Exclusive Content that comes with the Deluxe Edition of Tiny Epic Kingdoms. These are items that will not be in the retail edition although they could become available via other sources at some point (publisher, BGG Store)

Introduces three Kickstarter exclusive factions: Constructs, Satyrs, and the Order of Gamelyn.
Constructs: A fortified faction that excels in mountain regions
Satyrs: A trickster faction that twists and turns the rules
Order of Gamelyn: A heroic faction with influence and power