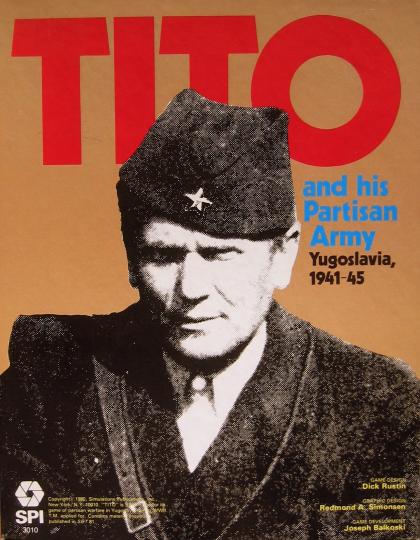 Tito (and his Partisan Army - Yugoslavia, 1941-45) is an abstract simulation of guerilla warfare in the Balkans during the Second World War. The game portrays all of the elements of this dynamic partisan campaign, which successfully tied down large numbers of Axis troops on occupation duties and eventually helped liberate Yugoslavia and Albania from Axis domination.

The maps areas are divided into numerous display boxes (each with their own victory point value) which represent mountains, hideaways, and city objectives. The Yugoslav player gains points for occupying these areas. If the Yugoslav player accumulates more than 500 points over the course of the game (17 turns), he wins... otherwise, the German player does.