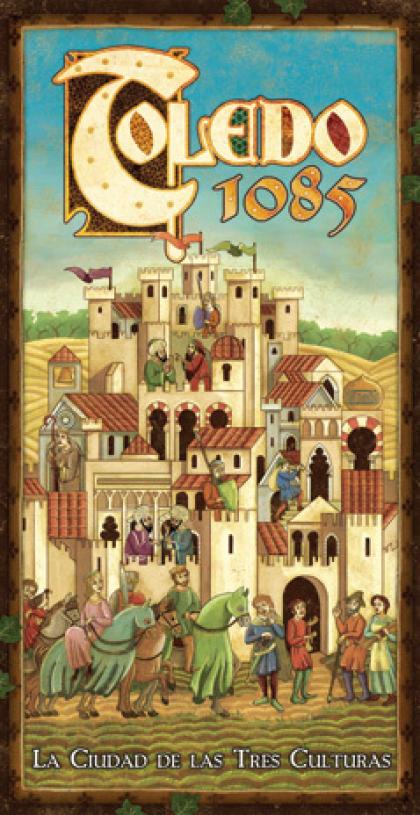 On May 25, 1085, Alfonso VI conquered Toledo after four years of siege.

Al-Qadir surrendered the city to Alfonso VI who guaranteed to protect persons and their goods, whatever their religion was. This started a period of pacific cohabitation between the three major religions (Christian, Jewish and Muslim) in the city.
King Alfonso VI was particularly supportive of this coexistence and even tried to encourage him. To this end, he promised a special place in his court to all noble who would promote the harmony between the three religions.

Each player is a noble of the city that will try to develop his city through science, culture and trade while paying attention to the cultural diversity and mixture of Toledo.

Will you be the one chosen by the King to make Toledo the city of three cultures?