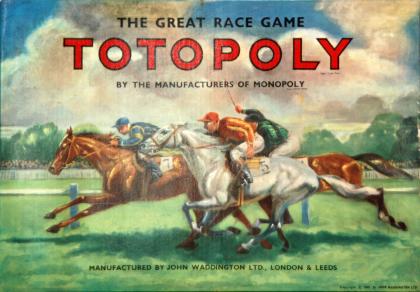 The players may enter only 3 horses into the race. The players may bet on any horse to win. After the betting is over the race begins. The players roll one die and move their horses in turn, utilizing the cards earned during the first half of the game whenever it is felt to be advantageous. The players who bet on the winning horse divide the money bet on the race minus ten percent (that goes to the Bookmaker).