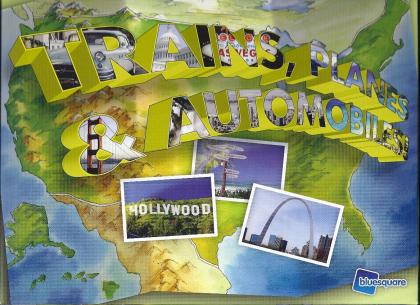 Ride the rails? Fly the skies? Drive the highways and byways? In this fast-playing fun game for the whole family, up to six players are news reporters in the late 1950s racing across the country to beat other players to the cities with the scoops.

Each player in Trains, Planes, and Automobiles is given a secret assignment city, along with one group city that everyone knows. Each player then receives plane tickets, train tickets, and rental car miles to get to the cities; the trick is some cities can reached only with one or two tickets while some can be reached with all three. You can play Bad Weather cards on other players flying, or Auto Breakdowns on players driving, and Train Delays on rail riders.