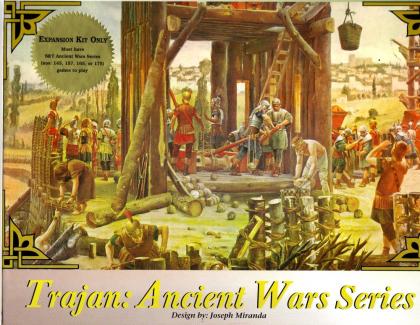 Included in the box is 180 new expansion counters, player aid cards, Rule and Scenario booklets, and one bonus set of map and counters for Caesar in Gallia.

The box cover art and information is the same as the Trajan: Ancient Wars Series but contains less items and has a label which states this on the box.