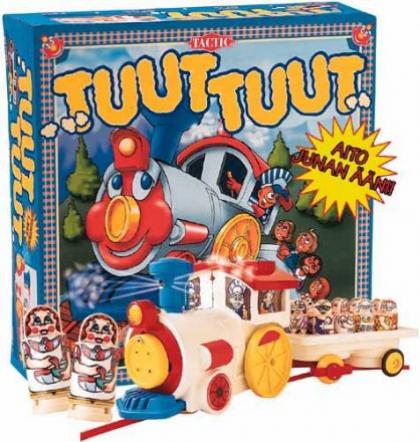 A player press the locomotive's chimney, and the train rolls along the track. When the train comes to the the first station, the player pushes the chimney and thus stops the train.

The player takes any passenger from the station who he thinks has the same color as his station. He shows the other players what color the passenger has under their "feet".

If the color matches the station, the player places the passenger at his station and then starts the train by pressing the chimney.

If the color does not match, the player puts the passenger back on the train, after showing the other players what color it is, and starts the train.

The train moves to the next station and the next player will have a turn.

The winner is the player who has collected the three passengers in the same color as his station.