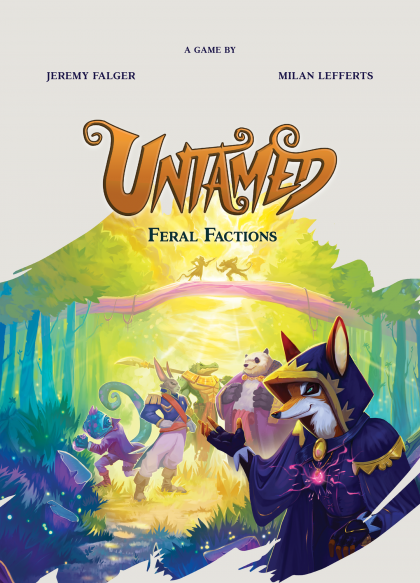 Untamed: Feral Factions is a fast-paced shuffle-building card battle game. Players each take control of three animal factions that battle together to bring down the opponent's three Strongholds. Each faction has its own unique appearance, Stronghold, and play style. By combining three different factions each game, players will be able to discover new synergies, combos and strategies.&#10;&#10;The game features a streamlined, accessible ruleset and a double resource system that adds tactical depth. Players can easily build their decks at the start of the game by choosing three animal factions: shuffle them together and you are ready to play.&#10;&#10;Each turn a player will face interesting choices with regards to how to use their cards: all cards double as resources which are required to play Animals and Items. Previously used and defeated cards enter a player's Support Area where they can be used to fuel powerful card abilities.&#10;&#10;Untamed: Feral Factions requires no additional purchases beyond the base set for an optimal playing experience, with almost a hundred possible deck combinations out of the box.&#10;&#10;