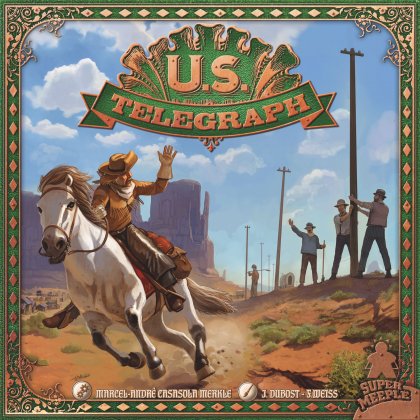 U.S. Telegraph, first released as Attika, is set in the United States of the 19th century when the first transcontinental telegraph was built. Each player develops their own city to participate in the telegraph construction, trying to take the choicest (i.e., least expensive) plots of land for themselves.&#10;&#10;