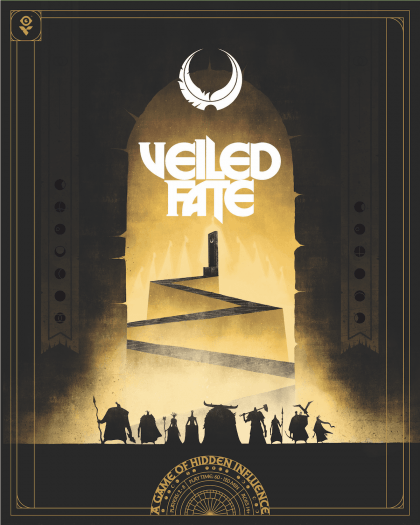 Play as a divine being who has sired a demigod in the realm of humankind. The identity of your lineage is known only to you. Use positional play to complete quests&mdash;and influence fate to ensure the outcome is in your favor. Strike the perfect balance of misdirection and mischief to capture the throne.&#10;&#10;There are 9 Demigods. At the beginning of the game, each player is secretly assigned one Demigod as their offspring. When the game begins, however, players may control the actions of any Demigod, not just their own. Through strategic play, special powers, and secret voting, players must aid their Demigod in gaining Renown. But be careful! Giving away your lineage too soon may cause the other players to work together toward your Demigod&rsquo;s demise.&#10;&#10;On their turn, players will have 2 actions with which to send Demigods on quests. Each Quest can result in 2 different ways, which the gods influence with secret voting cards called Fate Cards. When a Quest is completed, the Fate cards are revealed and the winning side of the card is resolved, giving some Demigods Renown and taking it from others. A player wins if their Demigod has the most Renown at the end of 3 rounds called ages, and that Demigod becomes the heir to the throne.&#10;&#10;Part social deduction, part strategy, Veiled Fate pits wit against wit. Every move is a new clue to discovering the true lineage of your opponents. Can you foil carefully laid plans, while cementing your own path to victory?&#10;&#10;-description from designer&#10;&#10;