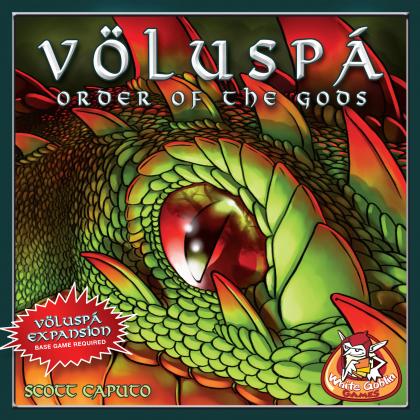 Völuspá: Order of the Gods

The balance of power is shifting among the Order Of The Gods!

The goddess Freya can permanently increase the value of the other beings.
The resourceful Dwarf taps the power of neighboring gods.
The monstrous Niohoggr hoards extra benefits for anyone brave enough to defeat it.
And the swift flying Raven can score twice in the same turn!

Play these new tiles with the Völuspá base game, or blend tiles from the Order of the Gods expansion with tiles from the Saga of Edda expansion. Four recommended game set-up variants are included, and many other variants are possible, enabling you to enjoy Völuspá and these expansions in many different ways. The possibilities in Völuspá are more endless than ever!