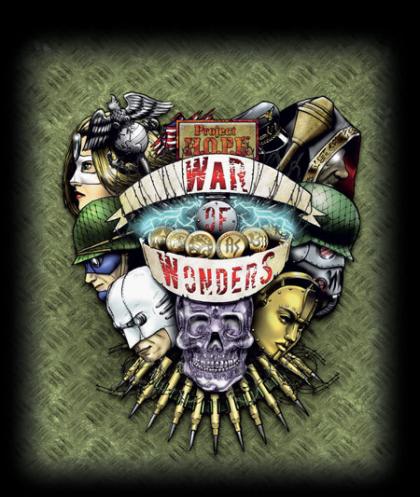 War of Wonder is a Card Games based on the world of Project H.O.P.E. the RPG. You'll lead an army of superheroes try to win the second world war. You can take the control of the Ally or of the Axis.

Each turn you have to spend an amount of action point and/or cards from hand to play cards. Structures can be played spending action points, and often they help to play heroes. Heroes have different types and different launch costs. Heroes interact with the three mission areas (combat, sabotage, intelligence), resulting in victory points and other important bonus. The player can gain victory points also through the skills of heroes and structures.
The first player that reach 20 Victory points will win the war.

The Basic edition include two decks of 55 card each, that can played immediately. Each player can build their own deck and follow its strategy using card from basic decks or from the future expansion.