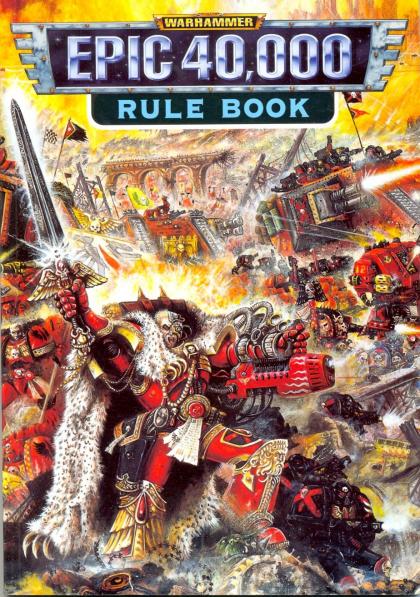 Warhammer Epic 40,000 was the third edition of the Epic system. The first edition and second editions of the Epic system had each been released as two separate games. The first edition comprised Space Marine (1st ed) and Adeptus Titanicus. Second edition comprised Space Marine (2nd ed) and Titan Legions. For the 3rd edition of the Epic system GW decided to release it as a single game and that game was Warhammer Epic 40k. For this reason Epic 40K is also known as 3rd ed. Epic 40k absorbed both the Titan Legions and Space Marine rules into one system, reducing and streamlining the rules in both those games into one more concise and coherent system.

It's a miniature tabletop battle game set in the Warhammer 40,000 world using 6-10mm scale miniatures to simulate huge epic battles. The rules are fairly simple but very effective and allow for a lot of strategic ideas. While many fans felt the game lost too much distinction between units with the simplification, to this day Jervis Johnson says this is the game he is most proud of and it has a very smooth playing style.