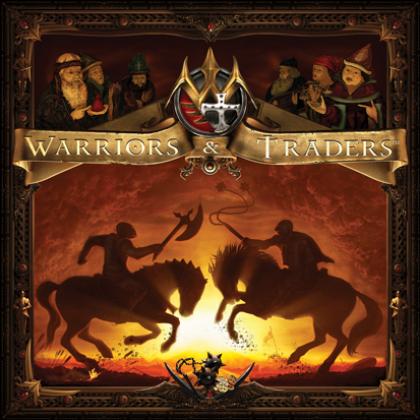 Warriors & Traders, a turn-based strategy board game set in the Dark Ages in Europe, is a pure strategy game, involving no dice and no unforeseen events. In a nutshell, there's no luck, just strategy.

Each player starts as the ruler of a small country which he or she will grow into an empire.

In Warriors & Traders, players will use Actions to develop their countries' technologies, Production, Trade and Military, keeping track on separate Play-mats. They will also build armies to conquer new provinces and forts to defend their own and they will harvest and trade for resources.

The game can be played either in alliance or in a free-for-all system. Player will get Victory points from fighting enemy player or the Barbarians who populate the map, from building Forts or trading. The player or alliance accumulating the most Victory points will win the game. The game ends after a maximum of 10 turns or when one or more players reach the victory conditions, dependent on the number of players and the type of play.

Most game components are language independent. The Play-mats, used to keep track of the development of countries are only in English, the Info cards which help players throughout the game are printed in English, Dutch, French and German and the rulebook is printed in English and provided in electronic format in six additional languages, Dutch, French, German, Hungarian, Polish and Romanian.