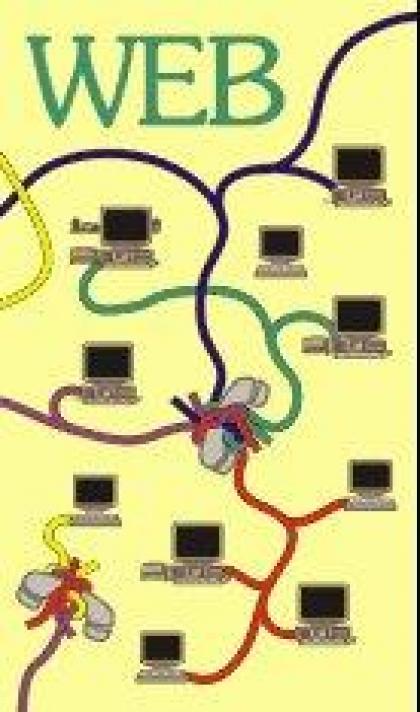 From the English rules:

At the head office of Splotter-4-all computer services the phones just won't stop ringing: complaints galore! Everyone wants internet. Where are the connections?

WEB is a game in which the players attempt to connect as many computers as possible. More than anyone else at least. If that isn't possible by connecting more computers yourself there are other means. Stealing computers from your neighbors, dumping uninteresting contracts on them...in WEB everything is allowed.

In WEB you build a variable board using L-shaped cards depicting computers, telephones and the likes. Using colored sticks you connect them with ISDN-lines. You win by connecting the most valuable computers.