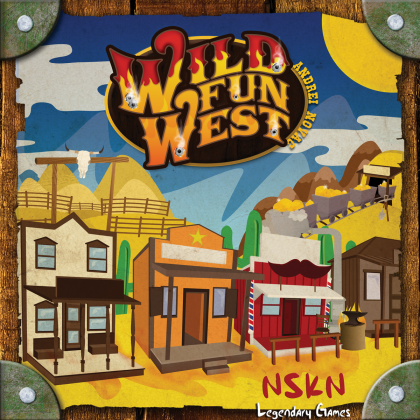 In the card game Wild Fun West, players strive to build a small town in the American Wild West, bidding every turn for the building of their choice, be it a Post Office, a Saloon or a Jailhouse. The goal of every player is to construct four out of the six buildings listed on his objective card.

There are 12 Character cards from which the players can choose, each with a special ability, adding to the game diversity.

The game ends as soon as the town includes four or more of the buildings listed on a player's objective card, that player being the winner of the game.