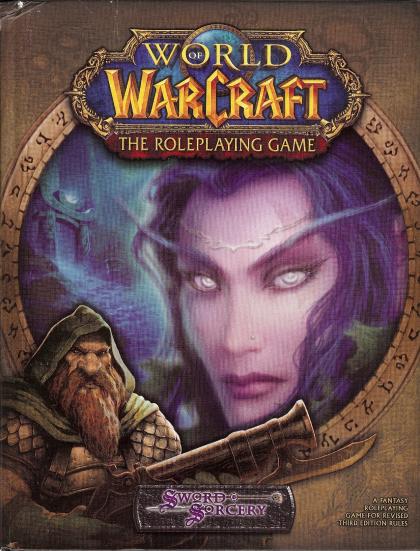 World of Warcraft: The Roleplaying Game

Enter a World of Adventure!
In a world ravaged by conflict, age-old enemies struggle to rebuild society amid a tenuous peace sparked by flares of violence as threats new and old clash in an endless conflict. Heroes battle undead and demons, explore strange and dangerous lands, uncover powerful magic, develop fascinating technological creations, and return glory to great cities and civilizations. They stand at the cusp of a new age - an age they shall forge by their allegiances and their exploits!

Calling All Heroes!
World of Warcraft the Roleplaying Game translates the hugely popular computer game setting into a pen-and-paper roleplaying game. Published under the Open Game License, it features complete rules for play that are 100% compatible with revised 3rd Edition rules and the d20 System. Everything you need is now in one book - from character generation to 10 races and 12 core classes, from extensive technological creation rules to a wide variety of spells, from combat rules to details on generating settlements and cities! Also compatible with existing Warcraft RPG game material. Full Color Hardcover.

Warcraft RPG books are published under license with Blizzard Entertainment and utilize the Open Game License.

Voti e commenti per World of Warcraft: The Roleplaying Game