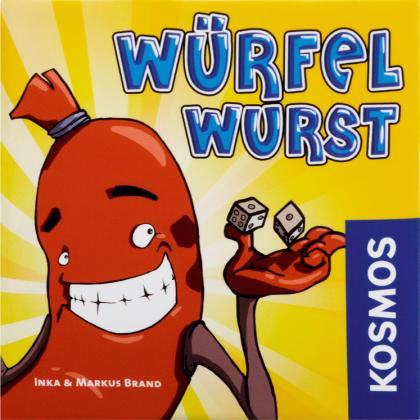 Würfelwurst (aka "Dice-Sausage") combines two elements that have never previously been joined in the gaming cosmos: dice and sausages, with animals as an understandable intermediary.

What's your goal in all this rolling? You're trying to collect animals of one kind while having only high numbers on the black dice because at the end of your turn, the number of animals of one kind is multiplied by the lowest number on the black dice. The sausage counts as one, but with four sausages they count as seven! Each animal can be scored only once, and the player with the most points after six rounds wins. Do your wurst!